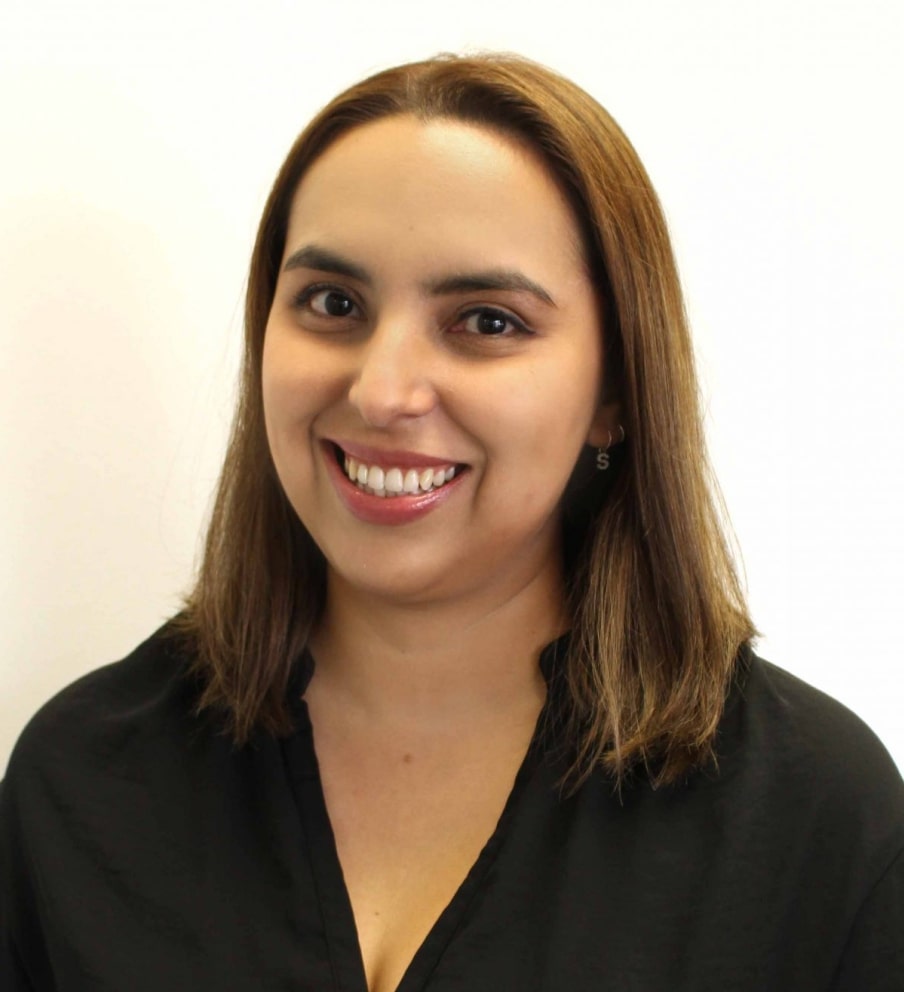 Get Inclusive, in partnership with ATIXA, delivered a Title IX update webinar on July 6, 2022. This page includes the webinar recording, transcript, presenter bios, and Q&A summary. For the latest information and updates on Title IX, visit the resources page for ATIXA (here). For more information about Get Inclusive's products and services, please request a demo here: getinclusive.com/demo

‍Speaker 1 [00:00:02] Welcome to the 50,000 foot 60 Minute Overview of the 2022 Title IX proposed regulations. Sure enough, just as soon as we thought we'd gotten phrases like proposed regs out of our vernacular, they are back in. And for those of you who've been in the field for a couple of years, this may start to feel a little familiar. And yes, this will be the second time in the last couple of years that we've seen new proposed rule making to enact the requirements under Title IX.My name is Joe Vincent and I'm a partner with TNG and I'm an advisory board member for the Association of Title IX Administrators, one of our member associations that is supported by the work of TNG. Their sister organization is the NABITA, the National Association for Behavioral Intervention and ThreatAssessment. And along with my colleagues, we're very happy and pleased to have this opportunity to partner with get inclusive in order to share sort of some of our perspectives and help maybe briefly unpack what the new notice of title and Regulations actually includes. That said, it really is I chose 50,000 feet, but we could probably go higher. This is a high-level overview of what's contained in these proposed regulations will likely because we can't help it.And we work in this field and we enjoy the sort of intricacies of figuring out adequate application in appropriate compliance with the rules will probably spitball a little bit about what it look, what it looks like when the rubber meets the road. But for the most part, we're going to try to stay broad and describe to you some of our initial takes regarding the new proposed regulations. Now, what's interesting at the bottom of that slide, let me just point out, I don't think any of you would make the mistake of construing what's about to be shared with you as legal advice. Your institution likely has some very competent legal advisors and counsel who can speak to the particular efforts of your institution. But. But we will give you our perspectives. And in drawing on a lot of experience at TNG, typically those are fairly well informed perspectives. And some of that brain trust is contributed to by my esteemed colleagues who are joining me for this 60 minute ride with you today. And I would love for you to be able to meet them as well. You're going to hear more from them here in just a little bit. But let's start with Alicia. Would you introduce yourself, please?

Speaker 2 [00:02:53] Yeah, absolutely. Thanks, Joe. So, Alisha Carter-Harris. I am a consultant at TNG, working primarily with ATIXA. And I'm so pleased to be here with you all this afternoon or morning, wherever you are.

Speaker 3 [00:03:08] Howdy,My name is Mikiba Morehead. I'm also a consultant with TNG and primarily focused on supporting ethics and members. So happy as well to be with you this afternoon.

Speaker 3 [00:53:04] So for the folks who are with us who are in the K through 12 environment, I hope you all are dancing in the streets wherever you are, because these proposed rules really give a lot of relief and acknowledgment to the difference. The difference of environment of our K through 12 administrators work in than our higher-ed administrators and how there needs to be some differentiation when it comes to addressing those elementary and secondary education issues with students and employees than what we see within the higher education environment. So the best news of the day is that these proposed regulations offer a lot of relief to K through 12 Title IX administrators and lift a lot of that administrative burden that you all have had to figure out over the last couple of years. You can now have confidential employees. This is a huge change from the 2020 regulations that designated all employees as mandatory reporters.Now, under these proposed changes, it will allow K through 12 schools and districts to identify confidential employees, likely individuals that either have privilege attached as a part of their profession, or someone that the school designates as confidential, like a licensed school counselor. As individuals who do not have to report to the Title IX coordinator. But much like we saw earlier on Slide 12, this will likely still require that those confidential individuals to provide de-identified information to the Title IX coordinator for both tracking and trend-based data purposes. You'll see a reduction of burden in the requirements when it comes to notification and parts of the grievance procedures, and specifically that it recognizes the differences in implementing the 2020 Title IX grievance processes when it comes to students who have IEPs or 504 issues. And we really hope that the final rule provides additional clarity in relation to manifestation, determination, reviews, and how those impact the timing of our Title IX grievance procedures and the requirement to maintain safety and security at schools. When we need to make these determinations where we see an overlap in our Title IX requirements and our 504/IEP requirements. So there is a lot more to come when we look at the clarity and the needs in our K-through-12 environment. And ATIXA will likely have additional webinars and workshops that go deeper into the specific changes required for our K through 12 comrades. Next slide.

Speaker 1 [00:55:48] Thanks, Mikiba. Just wrapping up just as a brief note, most of what you recognize in terms of pregnancy protections related to Title IX are now enshrined in this round of proposed regulations. That's your 15 2nd encapsulation of what these next two slides say. The other interesting feature, however, is that the regulations envision a proactive duty for the institution to inform a student when they become aware. And actually, it says acquires knowledge, which I think is a very legalistic way of saying, still don't ask people if they're pregnant. That's still a terrible question to ask. Don't do it. But when you acquire knowledge, then the employee has sort of a proactive duty to let the Title IX coordinator know. And then the Title IX coordinator has an obligation to provide what you see there in the second sub bullet on this slide, information to that individual that provides them with knowledge of that prohibition of sex discrimination, modifications available to them, opportunities for separate and comparable programs. What it would look like to take a voluntary leave and be restored after that leave is over.Lactation spaces, which may sound familiar. Again, for those of you over on the employment side of the house, we now have a similar mandate for students and in education spaces. And finally on the next slide, it speaks to treating pregnancy as comparable to a temporary disability, which is not inconsistent with the guidance that we've already received. And bear in mind that these obligations under Title IX, like all other obligations under Title IX, apply to students and employees. So you're likely you're likely complying with all of these requirements. Probably not, the sort of proactive duty to inform that will be a new feature for the coordinator upon the acquisition of knowledge, which again, don't go around asking people if they're pregnant. But you get the idea. Right. But it does create that sort of proactive duty. Thanks to all of you, to Preston, to Sandra, to all of the folks that Get Inclusive for creating a space where we can can, you know, exploit our partnership with you in service to the field and figuring out what these proposed regulations suggest and how that would look in the implementation. And the final thing, for those of you logging off right now, you might miss this and I hope you don't, but I understand if you do, because we're 2 minutes over time. Remember, these are proposed regulations. That means the current regulations are still in force and likely will be for the next year. If you remember, if you are around the last time a proposal gets published in the Federal Register, there is a comment period. I think it's typically 60 days. There's an obligation for the department to intake, evaluate and respond substantively to all of those comments and then publish a final rule. And then there's an implementation date after the final rule is published. So we're likely still several months away from seeing a final rule published. Remember the last time around there were significant changes between the proposed rule and the final rule. And I would not be surprised that some of these features that you all have so intelligently pointed out are confusing or not well articulated or seem to conflict with other. I expect that the Department will make good use of the comment period to have the experts in the field highlight those areas and ask for more clarity and then clarify whenever we see the final proposed rule. So keep doing what you're doing. Don't change any of that now, don't fire up the policy revision committee just yet. But I think that I speak for all of us at ATIXA that we welcome these modifications. We think that they strike a really great balance between the respondent protective features of the 2020 regs and process alterations and honestly, a lot of flexibility and discretion that will benefit institutions moving forward ATIXA as always will continue, if we're nothing else, we're nerds and we sit around in rooms and we kick these things around and we try to figure out what it looks like and how it works best. And we're going to continue to do so if you watch atixa.org/regs That's our dedicated site for all of the information in terms of webinars that are coming up, Q&A sessions that we're going to host, documents that we'll publish that will continue to unpack what the proposed regs look like, as well as what this rule making process looks like and how you can engage with it. We'll do our best to keep you as informed as we can. We're very appreciative of the opportunityGet Inclusive provided for us to be able to speak with you today. So thanks to all of you. I know it was quick. I know we didn't get all the questions answered, but we appreciate your patience and forbearance. And thank you so much, Preston, for giving us the opportunity to be here with you. We appreciate it.